This week in tarbell

Before he left his post as Iowa’s Governor to become U.S. ambassador to China, Terry Branstad pushed the state to privatize Medicaid, claiming that outsourcing the public health care for low income and disabled Iowans would save the state and taxpayers money. Yet so far, the program seems to cost the state money and make claims difficult for patients. Tarbell investigates what happened in Iowa and what can be done to repair the system.

Click Here To Read The Story – “Iowa Privatized Medicaid. It Has Been A Disaster. Here’s Why” – On Tarbell.org

Trudy Lieberman returns this week with insights into the risks of short-term health plans, where patients can buy insurance for three, six or 12-month periods. In a pinch, these plans might spell trouble, especially for people with preexisting health conditions.

During his tour through Tennessee this week, Tarbell Founder Wendell Potter appeared on Memphis’s Live at 9 to explain why Americans need to be aware of corporate influence in the health industry.

And earlier in the week, Wendell caught up with Sonali Kolhatkar to discuss the growing popularity of Medicare For All and how health insurance companies are responding.

Lobbyists who represent health industry companies and trade groups campaigning against Medicare for All have become valuable fundraising assets for the DCCC. Sludge and Maplight explore how much the health industry contributed to the DCCC’s record $32 million income this quarter.

The push to legalize marijuana in states is sowing a multi-billion dollar cannabis industry – and a hefty lobbying force buttressed by beer and cigarette companies who want a hit of that profit.

Apple CEO Tim Cook roundly rejected the idea of corporate PACs, affirming his company’s decision not to form a PAC. (Though he said nothing of lobbying, in which the company invested $6.7 million in 2018, according to data from the Center for Responsive Politics.)

A powerful Jefferson City lobbyist launched a campaign to unravel Title IX because he believes his son was unfairly accused of sexual assault and expelled from Washington University, the Kansas City Star reports.

The Interior Department released the names of advisors to Utah’s Bears Ears National Monument. The monument has already been extensively cut by the Trump administration, and not a single person among this new panel is an advocate for the national monument’s existence.

Lobbyists are keeping Atlanta’s politicians well-fed, to the tune of $27,000, the Atlanta Journal-Constitution reports.

Freed from his position on the EPA, Scott Pruitt dives into lobbying: currently for Indiana coal company Hallador Energy to try to prevent coal-fired plants from closing under Obama era rules that will prove hard to dismantle. 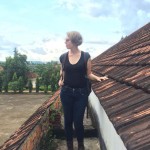