Tarbell is highlighting the government fines and penalties businesses pay when they engage in fraudulent or criminal behavior. Often, these fines are just a small part of the firms’ annual revenue and don’t actually serve as a deterrent. To these companies, it’s just the cost of doing business.

Some pharmaceutical companies and manufacturers have been paying illegal kickbacks to patients and physicians to encourage prescription of their drugs. They raise drug prices but establish ‘co-pay assistance’ foundations, ostensibly to assist Medicare patients with the steep price. However, these foundations receive their sole funding from a given drug company, and only cover co-pays for those firms’ drugs, rather than cheaper generics or therapeutic alternatives.

Drug companies that do this can charge high prices without losing out on Medicare reimbursements, by paying patient co-pays themselves.

Amgen and Astellas are just two firms that the Department of Justice has fined in recent months for operating this co-pay assistance scheme. But these fines, which added up to $125 million for Amgen and Astellas, do little to curb the practice.

For these companies, anti-kickback statutes function more like guidelines than rules. Until the fines pose a serious threat to their bottom line, pharmaceutical developers and manufacturers will continue to use these ‘foundations’ to pay patients co-pays and capture Medicare market share.

And with these low fines and consequences, they will just see it as the cost of doing business.

Watch this space for more Cost of Doing Business examples. 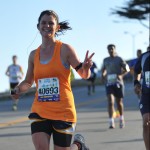