When Andrew Yang began his presidential campaign in 2017, he was relatively unknown in the mainstream political scene. A young Democrat from Schenectady, New York, he made waves when he proposed some seriously progressive ideas during his short but impactful run in the presidential primaries of 2020—one of those innovative ideas being the concept of UBI, or Universal Basic Income.

Universal Basic Income is a proposed government program that would potentially provide a flat supplemental monthly income (Yang suggested $1000 per month) to every American citizen in the country. With the possibility of being done on a national, regional, or local level, UBI would provide the means for citizens to have access to basic human necessities such as food, shelter, childcare, or healthcare.

Introducing UBI would play a pivotal role in healthcare reform. Poverty is the largest factor in healthcare disparity in America, making it so millions of poor people in this country quite literally cannot afford to get sick. Millions of Americans are only one sickness or injury away from complete and total financial disaster. Those under the poverty line (as well as many working and middle-class Americans) do not have the means to pay out of pocket when emergencies happen. In fact, a staggering 75 million Americans are in medical debt. Medical costs in America are so astronomical that there are very few people outside of the 1% who can afford to get sick.

Implementing UBI could change the way Americans deal with the cost of medical care. When people have enough money to meet their basic needs, two things happen—one, people can afford the things they need on the front lines to prevent sickness and disease, and two, they can afford health care if and when the need does arise.

The grim reality of our overworked and underpaid culture is that stress is the number one killer of people in America. Stress does incredible damage to the human body and is linked to the six leading causes of death in the country. According to a survey done by the APA, finances are the leading cause of stress in America with 72% of Americans saying they are regularly worried about money. Introducing UBI could dramatically reduce individual financial stress, in turn reducing the amount of stress-related illnesses that are currently wreaking havoc on millions of people across the country.

There are an estimated 117 million Americans who suffer from food related diseases such as diabetes, cardiovascular disease, liver disease, and cancer—most of which are completely preventable by adhering to a healthy and diet and exercise regimen. Unfortunately, not everyone can afford to buy a gym membership and splurge on healthy, organic food. Out of necessity, many people rely on cheap, fast, and unhealthy foods (like the dollar menu) to feed their families. Implementing UBI could help provide access to healthy food and exercise opportunities, subsequently reducing the amount of food-related diseases every year.

A monthly supplemental income also allows women to have access to proper preventative sexual health services, including birth control and abortions. Preventing unwanted pregnancies also prevents a slew of possible health risks and complications for both the mother and the child. Birth control also helps treat and control many hormonal diseases, allowing many women to lead healthy and normal daily lives.

Introducing UBI is not only important for preventative care, but it is essential to affording bills associated with health care. With the prices of prescription medicine at an all-time high, providing supplemental income would drastically increase the public’s access to many life-saving medications. Urgent care visits or a trip to the ER wouldn’t automatically mean debt. Specialty doctors such as dentists, chiropractors, and physical therapists would be within reach for many Americans who had previously not been able to afford them.

Nearly 1 in 5 Americans also struggle with mental health issues. Many people cannot afford the proper therapy or medication to cope with these struggles, forcing them to live in dangerously unhealthy mental states. Providing extra income for therapy and medication could drastically reduce the suicide rates in America, saving the lives of thousands every year.

Until there is complete universal health care in this country, UBI would help create a safety net of savings for those who would otherwise be in complete financial ruin from medical debt. Most Americans don’t have enough money saved to help them with even one medical emergency—in fact, many Americans who live paycheck to paycheck don’t have any savings at all. It’s all a part of the system that is designed to keep us poor, sick, and in debt. UBI could put a spoke in that wheel.

When you provide hard working people with the financial resources they need to survive, that is a form of health care. UBI could save and improve the lives of millions of people across the country by allowing Americans the access to the necessary things they need to live a healthy life. Allowing people access to basic human necessities is allowing them access to health care. 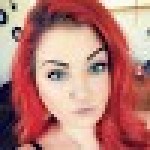 Sam White is a freelance writer and journalist from New York who is passionate about social activism, environmental conservation, sustainability, and cruelty-free living. A proponent of justice both social and ecological, she has dedicated her life and career towards helping make the world a better place.