OP-ed disclaimer: This is an Op-ed article. The opinions expressed in this article are the author’s own. Tarbell does not endorse nor support views, opinions or conclusions drawn in this post.

Presumptive Democratic Nominee for President Joe Biden has advocated for what is best described as Medicare for More. It is not a radical overhaul of the healthcare system, such as a single payer Medicare for All solution, which would abolish private health insurance and provide universal access to all Americans, regardless of age. Rather, Medicare for More builds incrementally on the existing framework of both the Medicare program and the Affordable Care Act (ACA), and strives to close current gaps in access to healthcare.

There have been multiple Medicare for More initiatives, including a proposal co-sponsored by Senators Booker, Harris, Gillibrand, and Klobuchar that would allow people aged 50 to 64 to buy into Medicare. Biden’s version of Medicare for More is narrower as it would permit people aged 60 to 64 to buy into Medicare, with premium and cost-sharing subsidies for lower-income beneficiaries. As a result, approximately 20 million more Americans would be eligible for Medicare.

Enrolling in Medicare would be voluntary. And, employers would be prohibited from dropping newly Medicare-eligible persons from their plans.

The total cost of Biden’s proposal is estimated to be $750 billion over the next 10 years, which would mostly be paid for by repealing tax cuts for the wealthy and raising the top income tax rate to its previous level of 39.6%.

The other part of Medicare for More is equally important as it would enhance the Affordable Care Act (ACA) with a public option. Americans would have a choice of signing up for a “Medicare-like” plan or maintaining their private coverage. The public option would be available for anyone, including the uninsured and beneficiaries choosing plans in the ACA exchanges.

Fortifying the ACA marketplace implies removing barriers erected by the Trump Administration, specifically lowering the cost burden for people who purchase health insurance on the ACA exchanges. Biden is proposing an increase in the size of premium tax credits, elimination of the 400% of federal poverty level cap on tax credit eligibility, and reduction of deductibles and co-payments for subsidized beneficiaries. To boost participation in the exchanges, Biden also wants to increase subsidies by reducing the share of income subsidized beneficiaries pay for their coverage premiums, capping it at 8.5%.

Perhaps most importantly, with respect to ACA viability, Biden would seek to bring back the individual mandate, reversing its elimination as part of the December 2017 Tax Cuts and Jobs Act. Biden has also proposed a substantial expansion to Medicaid. Namely, nearly five million people living in the 14 states that decided not to expand Medicaid would be granted access to Medicaid, without having to pay premiums.

On pricing of healthcare services and technologies the Biden team has mostly been silent, except for prescription drugs. Here, Biden has called for amending provisions in the Medicare prescription drug benefit to allow Medicare to negotiate drug prices. In addition, he has suggested establishing an independent review board to assess the value of newly approved drugs, analogous to what the Institute for Clinical and Economic Review already does in the private sector. Furthermore, the Biden Administration would set a ceiling for launch prices of single source (branded) drugs by referencing the average price of these drugs in other developed countries.

Biden’s external reference pricing proposal is similar but far more comprehensive than the Trump Administration’s pilot five-year program for Medicare Part B (physician-administered drugs), which is slated to begin in November. In the Trump Administration’s pilot program, the so-called target price of an as yet undisclosed number of Medicare Part B drugs would be tied to an international pricing index, which includes prices in 15 other developed nations.

In essence, Biden’s proposal expands upon the idea behind the pilot program to include all single source physician-administered drugs (Medicare Part B), as well as single source outpatient drugs (Medicare Part D). His Administration would attempt to make external reference pricing a permanent feature of the Medicare program. Further, the plan calls for plans in the individual market and the public option to pay the Medicare reference-priced rates. In addition, Biden’s Administration would restrict drug price increases to an inflation index as a condition of drug manufacturer participation in Medicare and the public option.

While Medicare for More does not reform the current patchwork system wholesale, it addresses several hot button issues, such as improving access to health insurance, pricing of prescription drugs, and patient out-of-pocket costs. Moreover, Medicare for More appears to be more politically feasible than Medicare for All. Proposals emanating from the executive branch that require appropriation of funds and changes to existing law provisions would need to go through Congress. Although a majority of House Democrats back Medicare for All, there is far less support among Senate Democrats. The prospect of raising taxes on the middle class to pay for Medicare for All, even if offset by the elimination of health insurance premiums and co-payments, appears to worry some Democrats in swing states. Also, the issue of constituents being forced to forgo employer-based coverage under a Medicare for All scenario, is seen as a political vulnerability. 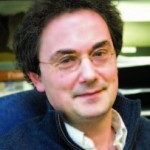 Congrats, America! Earlier this month you passed an annual milestone: Two days after Tax Day, you made it to... Deductible Relief Day!